Jon Lee Anderson: Journalism is in risk of entering an ice age

The bonds that exists in Latin America between and the revolutionary riots of the 70s and current uprising criminality, ravaging countries such as Mexico, Colombia, Brazil or Guatemala, was the main topic of the public encounter with journalist Jon Lee Anderson at Proa’ s Auditorium. The event took place in occasion of a seminar on report writing, conducted by Anderson himself, and with a group of 16 assisting journalists from all over the continent, supported by a agreement between Fundación Nuevo Periodismo Iberoamericano (FNPI), (New Journalism Foundation), created by Gabriel García Márquez, and Fundación Proa.

From 2000, Proa has developed a training program, in agreement with the FNPI. Together, they have organized several workshops and seminars in Buenos Aires, conducted by renowned journalists such as Ryszard Kapuscinski, Tomás Eloy Martínez, Javier Darío Restrepo, Héctor Feliciano and Susan Meiselas. Given this agreement, Anderson visited our country for the first time during 2006, giving a workshop on profile writing.

In this occasion, the 16 elected participants worked and dialogued with Anderson on the concept and method of report writing, during five days.

During this public encounter, coordinated by FNPI director Jaime Abello, Anderson, who is currently working in Afghanistan, described his experience in a trip he had made to Rio de Janeiro a few months before, while writing a piece for the New Yorker on dealers way of living in a Brazilian favela. This was not Anderson first contact with Rio. He first visited the city in 1997, during a promotional book tour of his book on Che Guevara’ s biography. “During four days, people were specially nice to me, showing me around the city and its surreal beauty, taking me to all the good restaurants, getting me acquainted with its people, having me stay at a USD400/ night hotel. They did not want to leave me alone. They were afraid something would happen to me. So, on my only day off, pretty tired from this situation, I asked for them to take me to a favela. We visited one near the Maracaná.  The guide took us through a paved road they had just made so that women and children did not have to move on the mud. Cement was brand new; but we started walking on buttresses made of a slippery strange substance. The guide confirmed my hint in one look: it was blood. Afterwards, a women told us what had happen: that night, dealers (narcos) had killed an informer and while he was still bleeding they had dragged him down the road, for the whole town to see. Then they had chopped its body into pieces.”

Anderson said he wanted to know that criminal life in the same way he had got acquainted with the guerilla world. Before, if you were born poor in Latin America, the only choice you had to get out of poverty, was through ideology and guns. That was the only way to change one’s destiny. Now that ideological upsurge has become a criminal upsurge. There are no more means of dialogue because there are no more political rules. “The only code these new rebels respect is that of profit. They recognize themselves as criminals, anti socials, who live their lives at the expenses of the rest. They do not conceive a peaceful coexistence with the legally established city. They do not recognize delegates offered by the police, as corrupted and criminal as them”, says Anderson.

Born into a family of diplomats in California in 1957, Jon Lee Anderson spent his childhood and teenage years in Latin America. He began working as a freelance journalist in 1979 in Peru for various international media. He dedicated ten years of his life to studying insurgent movements around the World. His book on Che Guevara’s life owed him international acclaim. He writes regularly for the New Yorker. His latest books published in Spanish are "The Lion's Grave: Dispatches from Afghanistan", "The Fall of Baghdad" "El dictador, los demonios y otras crónicas".

To give an example of the degree of defenselessness to which journalist are exposed nowadays, Anderson remembered an interview he had in Río with a chief dealer, surrounded by twelve of the chief’s bodyguards, ready to fire at the sign of any irregularity. The dealer asked Anderson what he had to gain by talking to the press, in which way giving them information would help him, what benefit could he draw from it. Anderson recognized he was right: addressing the press wasn’t at his convenience from any point of view. “I couldn’t answer his question. Then I realized the conversation was over and the dealer was only deciding whether or not he was going to kill me”, he remembered.

Journalism’ scope is not encouraging, he highlighted. He remembered the impunity with which journalists are killed in Mexico. One can negotiate ideological matters even with a Muslim extremist. But with a criminal, it is impossible to negotiate. He does not care about other people’s life. Being society’s informants, journalists are the first in line, as they are the most awkward ingredient. Faced with fear, silence.    If the States do not take control of the matter, journalists are facing a possible ice age”, he said.

He ended the discussion by debating what would happen to criminals without resources –who amount to 200 thousand, only in Río- if ever drugs were legalized and dealers lost control over this business.  ¿Would they turn to political revolution? 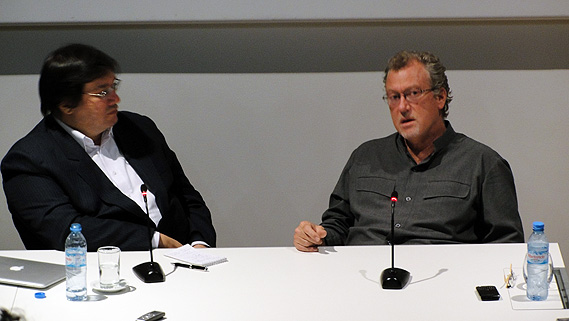 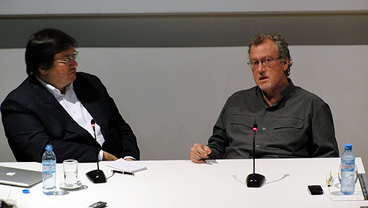 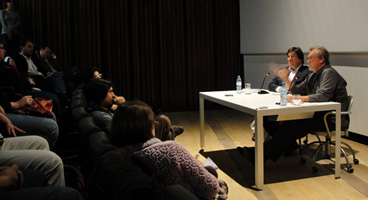